The trusty blue Sozo minibus loaded with young people reaches the end of the journey, and we catch our first glimpse of Bracklesham Bay! This is the start of what will turn out to be a very special time together in God’s presence. We excitedly unload our bags and get unpacked at Robert and Lesley’s beach house. John soon unveils the prayerfully chosen topic for this Camp: worship. He sets the scene by urging us all to give God everything we’ve got over the next few days!

After lunch, we are introduced to the (not!) concisely named SMIYCTCFSGAA 2017 (Sozo Ministries International Youth Camp Team Challenge for Sports, Games and Activities). Once we’re set in our teams, a fiercely contested Bible quiz starts followed afterwards by a song writing contest. Everyone’s keen to hit the waves and we are soon plunging into a rather chilly sea! Once we’ve dried out, we take our barbecue indoors to escape the wind.

This evening Lizzie shares her heartfelt, powerful testimony about how she returned to worship after walking away from the Lord. She then starts leading some anointed songs on her guitar, which culminates with several people on the floor before the Lord. People start spontaneously sharing beautiful acapella songs and Scriptures about the holiness of God. A great start to Camp!

After a half decent nights’ sleep, we enjoy breakfast and our daily God Time. Despite the strong wind, several people make it out to the beach. For some it’s one of the highlights of Camp to gaze out over waves, inspired with awe at God’s creation. After that, we have our morning session. The worship is led by Emila, then Rachel leads a Bible study on different types of Biblical worship, such as shouting, kneeling, lifting hands, clapping, blowing trumpets, playing instruments, etc. It’s amazing what a variety there is.

Following that, we head off to the playing field for the second round of the SMIYCTCFSGAA 2017. There’s a 100m dash, shot put, tug of war and relay race. Team spirit is very evident! When we arrive back at the house, Pastor Marion and Rhonda have arrived for the day. After lunch, Pastor Marion shares on the potential of worship to release prophecy and bring deliverance. Jemima leads a worship time focusing on the Cross as Pastor anoints us with oil and prays for her message to come alive in us. Then we’re off to the sea again, this time with some bodyboards too. The waves are pretty strong, but there’s also some welcome sunshine.

Tonight John talks about people’s response to the presence of God in the Bible. We start to grasp the picture that when we meet with God we’ll end up on our faces! Rachel then leads worship on her guitar. It’s incredible to be in a room filled with youth united in enthusiastic worship. We have hearty singing, clapping, dancing, singing in tongues, then silence in His presence. It’s hard to imagine a better place to be on a summer evening than in Robert and Lesley’s beach house, with the setting sun outside tinting the sky pink and the crash of waves on the pebbles… among other youth hungry for God, prostrate on the carpet in silence and adoration. Later on, some of us walk outside to enjoy the beach in the dark and gaze up at the constellations above us—another reminder of our glorious Creator.

This morning, after a powerful worship time led by Peter, Lesley shares about hindrances to worship, focusing on things in our lives that are vanity. She also does a visual demonstration with a rope to show how forgiving someone is letting them go and releasing them to God. It is a very life-applicable Word and people are definitely responding. Later on, we head to the beach for some more Team Challenge games and we are tasked to create a 30-second video about what worship means to us. After lunch, each leader runs a life group session on relevant topics like fear, depression and loneliness. It’s so good to get to grips with these areas that many young people struggle with and look at what the Word says about overcoming them.

We reconvene at the dinner table for a Shabbat meal prepared, as always, by faithful Lesley and Sue. We light the candles, say the blessings, and break bread together. There’s something powerful about being gathered as a spiritual family around a table to remember God’s Sabbath rest. And the annual banoffee pie is a hit as always!

This evening John brings a Word on how and why to wait on God, then encourages us to do exactly that: not to rush God, but be prepared to give Him time and see what He has to say to us. We commit our time to the Lord, then wait. Someone starts an acapella song. We pray. We sing out spontaneously, in English and in tongues. We start to pray in tongues, shouting out our desire and desperation for God. People are getting down on their knees, still praying. And then we lie prostrate. Many are sobbing, faces on the carpet, as God touches their hearts. The shouting subsides to a gentle praying in tongues. The piles of tissues grow. Then silence… glorious silence… in reverence before Almighty God with only the sound of a 35mph ‘rushing mighty wind’ battering the windows. At around midnight news comes that the boys tent has given way under the wind, so it’s action stations as the boys move their stuff into the house and bed down in the living room for the night.

It’s a rather bleary-eyed bunch that make their way to the breakfast table in the morning. Today it’s calm and sunny so lots of people enjoy sitting on the pebbled beach for the last God Time of Camp.  Straight afterwards we hold the SMIYCTCFSGAA finals on the beach resulting in some soggy players so most people jump straight into the sea for a swim. Two adventurous souls even have surfboards today!

Once everyone is dry again, Lizzie leads another anointed praise and worship session. We just don’t want to it to end! Eventually it’s time for the Word and Rachel shares about how worship is linked with serving God as a living sacrifice, a fitting challenge to implement what we’ve experienced at Camp into our daily lives.

After lunch there is a whirl of hoovering, tidying, dusting and wiping as we attempt to put the beach house back to how we found it. Afterwards, John announced the winners of the SMIYCTCFSGAA! There’s much laughter and clapping as he gives out the Paper Plate Awards: ‘Most Helpful Team Member’, ‘Joy-Bringer’, ‘Devotionus Maximus’, ‘Calm in the Chaos’, etc. Then he gives a brief recap of what we’ve learned over Camp and encourages us to put it into practice when we go home. We have dinner and there’s just time for the group photo on the beach before we head back to Dunwood Oaks.

Judging from the heartfelt testimonies shared during the Sunday meeting the next day, God has really impacted us during Summer Youth Camp 2017. People have had breakthroughs in forgiveness, released burdens to God, stepped out in worship in new ways, received revelations of Who God is, and much more. We’ve learned what it truly means to worship God in the beauty of holiness and our lives cannot be the same again!

We are a Christian healing and deliverance ministry and UK registered charity founded in 1983 by Marion Daniel and her family. We offer help to people in all forms of spiritual bondage. If you are not a 'free' person in any area of your life, we can help. Read more ›

Connect on Social
Get our updates 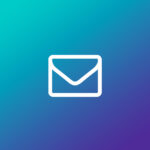 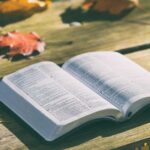